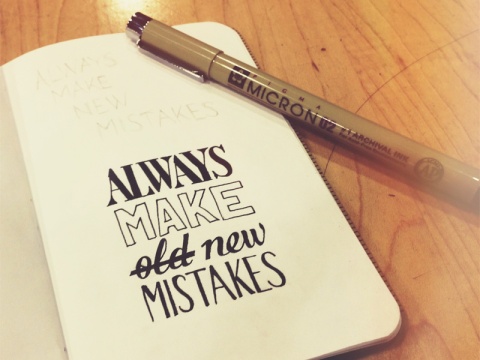 Most of us would accept that failure is just an inevitable part of success. For instance, when you learn how to ski, you have to fall a number of times before you’re able to make it down the mountain skillfully. There are times, however, when failure is not a good thing, such as when you need to meet a customer deadline or achieve a competitive level of quality. Unfortunately, many managers don’t distinguish between when failure can be a valuable catalyst for learning and when it can be truly harmful, leaving employees unsure about when to take risks and experiment, and when to play it safe. For managers and employees, the key to getting this right is understanding whether the organization is in execution mode or innovation mode.

I was reminded of this difference while teaching in Silicon Valley last year. As everyone knows, the area between San Francisco and San Jose has thousands of start-up companies, as well as dozens of innovation “outposts” set up by established companies from around the world. In talking with the people who are involved with these innovation efforts, the striking thing is not their descriptions of success, but of the failures that helped them along the way. In Silicon Valley (and other hotbeds of innovation), failure is badge of honor and a pre-requisite for success—not something to be ashamed of. For these innovators, a successful company, and a successful career, requires a continuing series of rapid experiments, tests, hypotheses, and pivots—which means that nobody gets it right the first time (or the second or third). As a result, failure is highly valued.

In contrast, the established companies that I’ve spent most of my career working with are focused on executing what they already know how to do instead of innovating something new. And when failure occurs in the context of execution, it can harm results or reputation or create undue risk. So even when execution-focused executives say that it’s all right to fail, they usually don’t really mean it. As someone at the Federal Reserve (the quintessential execution organization) once told me, “Around here we want to make sure our people don’t make the same mistake once.”

The real challenge for leaders is not to either accept or reject failure, but rather to differentiate between whether they are in execution or innovation mode. Being in execution mode means that standard operating practices have been developed and need to be implemented with as little deviation as possible. Sure there can be improvements made, but these have to be done carefully and explicitly, under controlled conditions, so that the basic operations are not disrupted. As such, failure needs to be minimized or eliminated.

Innovation mode, on the other hand, is when standards still don’t exist and best practices are still being discovered and tested. In this kind of situation, it’s important to try out new ideas, formats, and processes – and allow room for plenty of failure – in order to learn what works and what does not. Once the focus becomes clear, managers can more easily communicate what the appropriate attitude toward failure should be.

The reason why many established firms struggle with innovation is that they bring the execution mentality with them, and then don’t encourage the failure necessary to develop new products, services, or processes. In a large financial services firm, for example, senior executives talked constantly about innovation but quashed proposals and projects that didn’t meet the margin thresholds of their established products within two months. By setting the financial bar so high, they ended up discouraging teams from doing prototypes and pilots because in reality nobody was allowed to really fail.

On the other hand, the reason why many start-ups hit a wall when they try to scale up is that they don’t know how to shift into execution mode where failure should be much less tolerated. For example, a small solar energy start up that that I worked with in the Bay area, after much trial and error, had produced a viable product and was starting to generate revenue. But instead of creating a disciplined process for sales and marketing, they allowed the manager (an early employee) to continually miss targets and encourage her sales people to “experiment” with different kinds of pitches and price points. By supporting this pattern of failure at an inappropriate time in the company’s evolution, the firm ended up with a major cash problem that prevented it from capitalizing on its product achievements.

So yes, failure is a key to learning, growing and figuring out what works. But before you either celebrate or punish failure, make sure you know what you are trying to achieve by doing so.